In LightDock, the receptor molecule is kept fixed (despite atoms could move if ANM mode is enabled). Over its surface, a set of points is calculated. Each of these points is a swarm center which represents an independent simulation. For example, for complex 1VFB, 400 swarms are calculated: 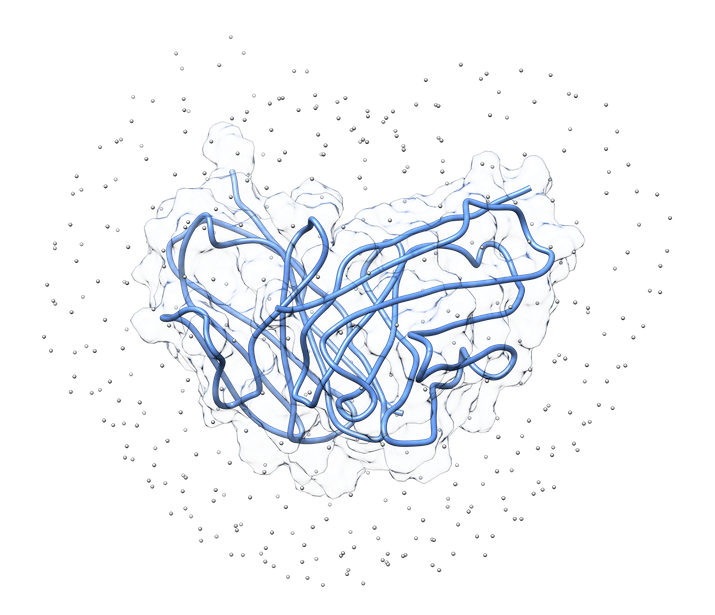 For each of these swarm centers, a given number N of glowworms, the algorithm agents, are disposed in a random way (if residue restraints are not specified). Every glowworm represents a possible ligand conformation. In the following figure a set of 300 glowworms is displayed in a single swarm: 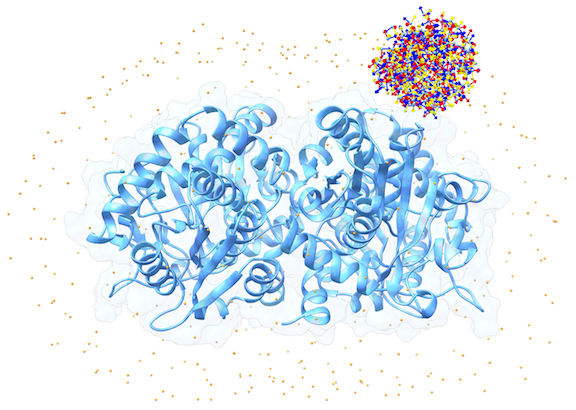 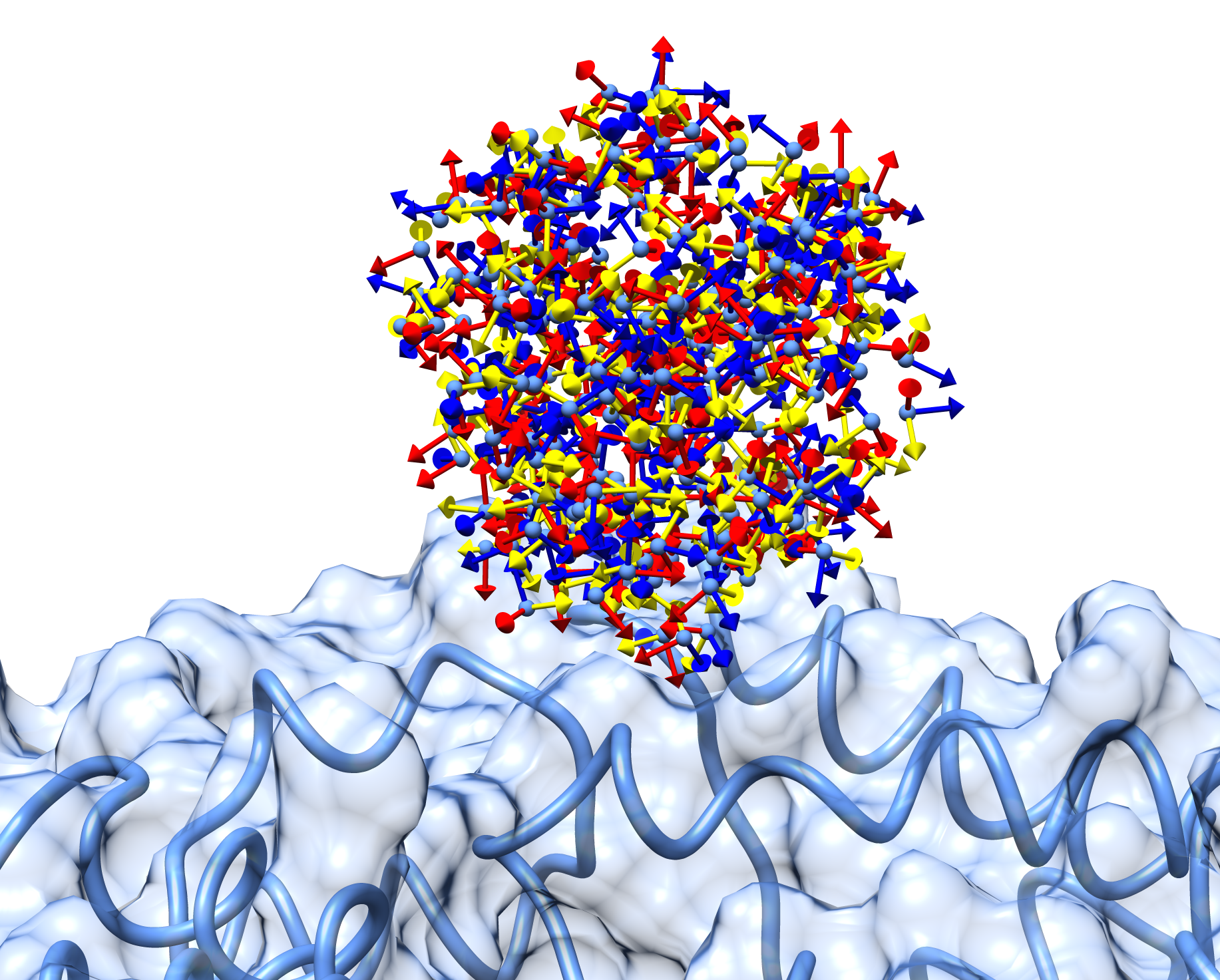 LightDock, based on the GSO algorithm, will optimize the poses according to the amount of luciferin emitted (score). Poses will evolve in translational, rotational and ANM spaces towards better energetical regions.

In the video below, you can see how 300 initial glowworms poses (x, y, z) from a unique swarm evolve during an extended LightDock simulation (200 steps).

The first step of the LightDock protocol is setup. If you execute the lightdock3_setup.py command, several options will be displayed:

In the LightDock first publication, for each complex of the Protein-Protein Benchmark v5 analyzed, the number of swarms and glowworms were:

We found reasonable those values for number of swarms and glowworms per swarm in order to ensure a certain density and exhaustiveness of sampling, despite for smaller molecules, a smaller number of swarms could be completely valid.

Below, there is a description of the rest of accepted parameters by lightdock3_setup.py:

After the execution of the lightdock3_setup.py command, several files and directories will be generated in the root of your docking project:

Residue restraints on both receptor and/or ligand have been implemented. This feature works in the following way:

Where R means for Receptor and L means for Ligand, and then the rest of the line is a residue identifier in the format Chain.Residue_Name.Residue_Number[.Residue_Insertion] in the original PDB file numeration. Note that residue insertion codes are supported (for example, on using antibody-antigen systems with Chothia antibody numbering).

A P label in the end indicates this restraint is passive in contrast to active (no label).

We do not recommend to use passive residue restraints unless you understand completely their implications.

In order to run a LightDock simulation, the lightdock3.py command has to be executed. If executed without arguments, a list of accepted options is displayed:

Intra-swarm clustering is essential for the protocol and it is not an optional step. This is specially critical for removing very similar structures in the swarm which have converged to the same structure and would add noise to the final ranking if not removed by the clustering. For each swarm, you can execute the lgd_cluster_bsas.py command:

In summary, these are the main steps of any LightDock simulation: